I attended the concert for two reasons: to hear the always stimulating Benjamin Schmid, and to check out the conductor Ariel Zuckemann. The latter is assistant to Ivan Fischer at the wondrous Budapest Festival Orchestra, a not insignificant post. I was rewarded on both counts, it being the best Sinfonietta concert I have attended.

The opening of Rossini's William Tell overture set the mark for the wonderful evening. I don't know why Laurent Perrin is now only assistant to principal cellist 張培節, but musically it mattered little as the duo, as well as their colleagues, played rapturously in the finely spun part-writing for lower strings. Congratulations for delivering the most poetic and atmospheric orchestral lower string passage I have ever heard. Better still, the conductor molded the long overture carefully, maintained coherence and injected much color and excitement. Despite the familiarity of the theme, this sprawling overture to the sprawling opera is actually not easy to bring off. Here, one must commend the wonderful winds of the Sinfonietta.

Benjamin Schmid delivered a patrician reading of Beethoven's Violin Concerto, with able support from the orchestra and conductor. As in the second-half of the recital 2 days ago, his tone was beautiful and ample, and he played with fluidity and ease. The whole was immensely satisfying.

The cogent reading of Shostakovich's Symphony No. 9 must be counted a miracle. The all-important opening was brilliantly delivered (as few on recordings). The strings were well-articulated, yet expressive, macabre and nonchalant by turns. The winds and brass punctuated the proceedings with controlled yet spirited outbursts. The reading had an easy flow, and the hairpin dynamics sounded utterly natural under the able conductor's hands, no mean feat. If the reading did not erase memory of the 2006 VPO/Gergiev performance, which brought out more tragedy, it was a completely valid performance able to stand on its own, illustrative of the central enigma and superior in conception to many a recorded performance. Even if the energy ebbed slightly towards the end, it was still a valedictory reading to put alongside this year's Shostakovich bounty (HKPO's No. 11 and SZSO's No. 15). Congratulations are in order.

A word on the excellent Sinfonietta Musicians. It should be kept in mind the strings were small (maximum 10, 10, 8, 6, 4 for this concert) but sweet and steady. The concertmaster designate James Cuddeford was outstanding in his leadership. In the other sections it's really too bad the roster had to change so often, and I miss some of the previous players and principals. But as a whole I have to say, judged by this concert, the wind section, exposed by the small string section, are the best ever. Not only were the principals steady, so were their seconds. Even more importantly, they cohered into a whole that was more than the sum of the parts, something the HKPO winds have yet to do. The brass too were very steady. A great job!

The big question is, with this orchestra, how long can that be maintained? I wish at least until Zuckermann's returns (hopefully soon)!
Posted by doctorjohn at 9:22 PM No comments:

Benjamin Schmid is certainly not a household name, but I have always liked him. On records he always comes across as thoughtful and challenging, in material as diverse as Bach, Brahms and Ysaye (many are available in the library). I heard him live with the Sinfonietta in the Brahms concerto in 2006, and I append below my brief notes written at that time. Here is an excellent Interview of Schmid.

Dejan Lazic is also no stranger to HK. However, his previous appearance with the HKPO, Rachmaninov Variations on a Theme of Paganini in 2007 had left me stone cold, and I also append my notes then below.

I have mixed feelings about the first half. Given that Schmid won both the Mozart and Beethoven prize in the Carl Flesch competition, I was puzzled by the readings, which lacked refinement. Sitting 7th row near-center, Schmid's coruscating (but not infallible) technique was very much evident, indeed often too much in-your-face. Especially in Beethoven's Op 30/2, his slashing attacks, deliberate coarse, often had me jumped out of my seat. Now, here I'd like to say that I have always preferred my Beethoven on the move and think of a little coarseness part and parcel of the music. But here together with rhythmic over-emphasis the effect was just too unrelenting. Schmid brought out many details but his dynamics were often exaggerated, even idiosyncratic. Complicating the picture was the somewhat reined-in piano. Lazic played well and ensured texture was always clear. But for me, these are Sonatas for Piano and Violin (piano labeled first), and the piano needs to come out more. Schmid has ample volume and could have withstood a stronger challenge from the piano, more pedaling. An example for me was the andante of Mozart's K376, where the violin melody, beautiful as it is, is simple and repetitious, and a more forthrightly singing piano would have been welcome. But the pairing of the sonatas had its illuminating side: it was interesting to compare the two rondo finales, not as different in these hands as it may seem! All in all, challenging music making, and not a boring moment, but I wished for more relaxation.

The second-half, in contrast, was as flawless a recital as it could be. I very much enjoyed the pair's big-boned and fluid rendition of Bridge's Sonata (1904). Here was everything lacking in the first half. Refinement, beautiful tone, passion. It was more enjoyable than the usual rendition of a Brahms sonata, which often puts me to sleep in lesser hands. Three wonderfully idiomatic Gershwin-Heifetz transcriptions rounded out the perfect half. Another Gershwin was the only encore. I must say in the Gershwin I fancied I heard the characters singing - these were renditions worthy of putting alongside Heifetz.

I eagerly look forward to Schmid's Beethoven concerto with the Sinfonietta on Saturday.

The second-half Brahms concerto was tightly argued. Benjamin Schmid delivered a rather refined reading. Our opinions were rather divided. His tone was interesting, penetrating and forceful in the upper registers, but to me at times quite coarse and sucked-out in the middle. The orchestra accompanied competently, and the audience was enthusiastic..."

This is probably one of the worst recent concerts of the HKPO...In between came Rachmaninov's Variations on a Theme by Paganini. Dejan Lazic had made a name for himself for being unpredictable. This time he was pretty bad. He sounded weak, emphasized the rhythmic but was superficial, almost devoid of tonal shadings. The orchestra played well though. The Scarlatti encore though was quite beautifully played..."

Posted by doctorjohn at 11:16 PM No comments: 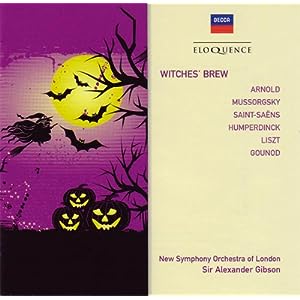 The entire catalogue is difficult to find. Here is Buywell's 2009 Catalogue of Australian Eloquence in pdf form.

For me, among the choice items:

-Ernst Ansermet. This prolific Decca "house" recording artist recorded a lot more than what was internationally issued by Universal. Australian Eloquence has rectified this by issuing previously unavailable Brahms, Prokofiev, Schumann etc. For me, there is not one unworthy. Click below for 2 excellent overviews of this conductor:

-Arthur Grumiaux. Another artist who has recorded a lot more than issued so far on CD (except for a previous Japanese edition). Among Australian Eloquence's offerings are wonderful recordings of baroque music etc.

-Ruggiero Ricci. Previously you have to find many of his best recordings (always a firebrand) on Taiwanese Decca. Now they are conveniently bundled. Some items, like Bach and Hindemeth, are new to CD.

-Other good recordings by Paul Kletzi and Walter Weller.

Two exoticas that are highly regarded in HiFi are Witches' Brew and Royal Ballet Gala (pictured above), but these 2 items may be out now, as I failed to get extra ones for friends.
Posted by doctorjohn at 11:04 PM No comments:

Click here.
Posted by doctorjohn at 9:11 PM No comments: