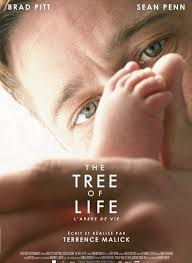 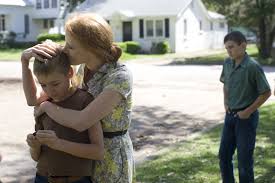 Tree of Life, the latest film of Terrence Malick, was many years in the making, garnered much attention, and won the 2011 Palme D'Or. There is little need for me to describe the film. There is much great writing on the film by various critics, and I urge you to read the following:

Image and Classical Music that Speak
For this viewer, considered as a movie, this one is an instant classic. But it is more than that, as the film can be savored on many levels.

I watched it in Broadway Cinemateque. The quality of the print and photography are simply stunning, and I'd reckon the best I have watched on the silver screen, inviting comparisons with the IMAX shorts offered in museums. Who needs 3D?

But for people who listen to classical music, the movie is a must-watch. Although there is an original score, classical music permeates the film, and it would not be an overstatement to say the role it plays is no less than any actor. The way "Die Moldau" and Mahler's First Symphony (more than once) are used are simply stunning, and reveal a deep understanding of the music. If you would, those fragments can be considered among the greatest classical music MTV I have ever watched (think Hans Jurgen Syberberg's Parsifal).

For those curious about the music used, New Yorker music critic Alex Ross provided a comprehensive guide. There is more, in this Blog the music is not only listed, but samples are provided for you to savor! Thanks to people who care!

Posted by doctorjohn at 10:24 PM No comments: 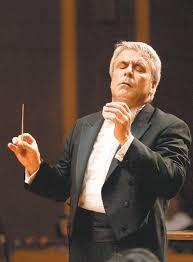 Christian Ehwald returned to conduct the last concert of the SSO season. The program consisted of only one work, a rare treat of the complete Ma Vlast, though regrettably there was an intermission.

I cannot have enough praise for Ehwald's fluent conducting of this mammoth work. Smetana composed this work over a long time, and the individual tone poems in lesser hands do not always feel like part of the same fabric. Despite the intermission, Ehwald most skillfully knitted the work into an organic whole, no mean feat.

Ehwald natural phrasing was always evident, and as usual was mindful of structural integrity. Under his steady but gentle leadership, the orchestra warmed up quickly, blossomed and went from strength to strength. The beautiful playing of the harpist (not the Russian leading lady) set the mood, but it was the woodwind section that really shined above everything. The "pictorial" depictions demand the utmost of the woodwinds and they delivered in spades. The winds had to play almost non-stop, and up and down the scale. Take one example, the opening of Vlatva, when I watched the recent movie "Tree of Life", which uses this music, I instantly recalled the woodwinds in this performance, of the utmost coherence and beauty, really as good as the soundtrack (supposedly from the incomparable Czech Philharmonic)! Of such integrity was the performance that the closing pair, Tabor and Blanik, truly brought the piece to a resounding conclusion.

Posted by doctorjohn at 9:25 PM No comments: