For starving Bruckner fans it had seemed good times had finally arrived. After a long drought, HKPO's 8th came hard on the heels of Macau Orchestra's 4th (reviewed in my last post below). Despite much hyperbole from the press, the inevitable comparison is not always to HKPO's advantage.

Recently, EdW seems to have mellowed a little, and the somewhat franctic delivery that used to mar much of his performances for this listener have been tempered a little. As expected, EdW conducted a straightforward interpretation, but the almost relaxed nature came as a surprise. This was a mixed blessing.

On the plus side, music from forte to fortissimo were properly scaled, hence for once true climaxes rang out the loudest, and that's most important in Bruckner, if not for all music. In the loud passages, when the music gained momentum, the orchestral playing was sonorous and satisfying. The orchestra, much larger than Macau's (by about 20 heads), was able to deliver a little more sheer volume, admirably without strain. The brass was very good.

On the minus side, music at the other end of the dynamic scale frequently lacked tension. Some of this was due to the literal conducting, which frequently had a sight-reading feeling. The frequent transitions between soft and loud did not feel inevitable. Some of this was due to the playing. In Bruckner's softer passages, the winds play an important role of pleading, cajoling and calling for renewal. This the pallid winds failed to convey on this occasion. And the strings were rhythmically earth-bound, lacking a springing quality to their steps which the Macau strings possessed in abundance.

For me, next to the curiously ineffective trio, the adagio suffered the most. This pivotal movement started beautifully but regrettably started to drag half-way when the music became tumultuous. For once, I paradoxically thought more urging on by this conductor here and there would have been beneficial. As a whole, the symphony did not have the breathing quality of the Macau performance. Even the well executed and powerful climaxes were too careful by half, and I looked for grandeur in vain.

Lest people think HKPO cannot play Bruckner before EdW, I'd like to point out that HKPO had previously played at least the 3rd, 4th, 6th and 7th. Two performances of the 4th in particular stood out in my memory. An early 90's performance by Yuri Simonov was hair-raising, technically ragged but inexplicably exciting. Then came a gut-wrenching performance by Gunther Herbig, with playing at least as good as on this occasion. Both of those performances had a grandeur that put you in touch with what Bruckner tried to convey in his masterpieces.

Being part of the Arts festival brought a full house, but also a much noisier audience than usual. There was prolonged coughing during the intervals, and once EdW turned his head and looked in dismay. Children tried to run out during the intervals but were stopped by the ushers. Most disruptive was that people were let in during the first interval!!!

For hyperbole I refer you to the promotion leaflet. Re: "Any performance of a symphony by Anton Bruckner is a major occasion, and EdW's inspired interpretation of the monumental Eighth is no exception." Re: "This is also a masterpiece which demands an austere conductor with the power to rein in Bruckner's tendency to diffuseness and shape the parts into the architecture of a titanic, visionary whole. De Waart, master of Bruckner, together with the renowned HKPO will bring his signature interpretation of this orchestral tour de force to the 38th HKAF." Inspired interpretation before the performance? Master of Bruckner? Perhaps from accolades elsewhere? I searched Google and failed to find anything that links EdW with Bruckner's 8th anywhere, indeed very few links to Bruckner at all. The promo team should be blamed for writing something like this.

The concert was reviewed by Sam Olluver in March 4th's SCMP.

I came across some interesting bits:

EdW Milwaukee interview
MSO's 2010/2011 season (Looks like HKPO programs; the only Bruckner is NOT conducted by EdW)
Posted by doctorjohn at 7:19 PM 2 comments:

Sometime ago when I found out about this program I was quite excited. A perfect excuse to go to Macau! Although curiously titled as 傅聰的榮歸 (Fou had appeared in Macau many times before) the main part of the program, and what attracted me, was the massive Bruckner 4th. Even though I have been a fan of Lu Jia ever since I first heard him I had question in my mind how the smaller Macao Orchestra would fare in this big work. Surely they had rarely played Bruckner.

Fou T'song
The first part of the concert, Mozart's Piano Concerto No. 23, was surely Fou T'song's glory. Personally, on record I have never been fond of Fou T'song. I had always thought his late recordings of Mozart and Chopin (as evidenced by the many CDs available in the library on small labels) severely mannered. It came as a wonderful surprise that in the concert hall his playing came across as more spontaneous than mannered. His frequent rubati mostly served the musical purpose of pointing. At 76, his dynamics were necessarily compromised but his fingers were remarkably nimble in the middle third of the piano, where most of the music is. Here, he produced beautifully varied tone even with spare pedaling. At either end of the keyboard his frailty showed. Notes were dropped, treble could be brittle and forced whereas bass was rather lacking. None of this detracted from his masterly treatment of the concerto, which came across not as something perfumed nor precious, but serene contemplation punctuated by bouts of drama. The reduced orchestra accompanied beautifully, as one expected of Lu Jia. Two Chopin encores were most delectable, indeed time-stoppingly beautiful.

It would be time for me to re-visit his discography, and I hope to catch one of his recitals soon. While researching his discography I came across some great youtubes clips:

Bruckner Symphony No. 4 (click on pic to enlarge)
And now for the main reason of my attendance. I was not sure at all what to expect. Although a fan of Lu Jia I had only heard him as a symphonic conductor in Dvorak. Although that was a perfect performance I did wonder how he, and the orchestra, would fare in the massive Bruckner 4th. I need not have worried.

By Bruckner's standard, the 4th is modest in its requirement of orchestral force. Even then, it's stretching the Macau Orchestra (I am sure its budget too) to its limits. I was told by a former HK Sinfonietta violinist this orchestra has fewer full time musician than most. Indeed for this performance, 23/71 musicians were guest musicians. The performance was a great success due to four main factors.

Firstly, the strings (14, 12, 10, 8, 6), though smaller than usual and comprising 16/50 guest musicians (some HKPO members), played magnificently. They played with uncommon accuracy; I have never heard the duplets and triplets of the so-called Bruckner rhythm executed with such clarity. And they were able to maintain beautiful tone and penetrate even in the most massive moments. Secondly, although the horn section was not as strong as HKPO's, the rest of the brass was superb and played with great radiance and attention to dynamics. Thirdly, there were some characterful wind playing. I am happy to note that Huang Zheng (after a stint with the SZO, which is incidentally mysteriously inactive at this moment) is now principal oboist. Also present was flutist Micheal Hallit, who previously played with the HKPO and whose playing I have greatly enjoyed. Together with acting principal Jin Ta the Flute pair was formidable.

Lastly, and most importantly, Lu Jia held a tight rein over the proceedings. Although a little more mystery would have been welcome, the symphony unfolded beautifully, with coherence and inevitability. Most impressive was the breath of the last movement, which can easily sound disjointed in lesser hands. Beside the architectural grasp, Lu Jia also brought out much beauty of details. Have you ever noticed Lu Jia always coaxed beautiful string tones out of the orchestra? Ovation at the end was tumultuous. Yes, I yelled "Bravo!"

The hall also helped. From my mid-stall seat the sound was luminous and detailed. One interesting observation: the orchestra sat quite into the stage (click on pic above to see). I'm sure this was deliberate for reasons of balance.

p.s. (thanks to RC ) The concert was briefly reviewed (starting around 42:40, emphasizing Fou and little on Bruckner) by Oliver Chou in this episode of RTHK4-Cultural Vibes 創意空間. Enjoy!
Posted by doctorjohn at 8:38 PM No comments:

(From Yuen Long)
I was pleasantly surprised to find new additions, the entire Chandos 30th Anniversary box no less. Lydia Mordkovitch played the Shostakovich Violin Concertos magnificently, and needs to yield to none. I have always loved the Scottish National Orchestra under Neeme Jarvi. Another gem is the coupling of a sparkling Shostakovich piano concerto No. 1 (soloist Dimitri Shostakovich, grandson, accompanied by Maxim Shostakovich, son) and the beautiful Chamber Symphony Op110a (conductor Yuli Turovsky). The I Musici de Montreal is fabulous as usual. In comparison, the objective Tchaikovsky 5th by Oslo PO under Mariss Jansons is very good but not quite top drawer.

Not for everyone is the Schoenberg Piano Concerto played wonderfully by Mitsuko Uchida and the Cleveland Orchestra under Boulez (Philips). The solo pieces are spontaneous sounding as well.

Volume 1 of the Nielsen String Quartets (Dacapo) shows surprisingly sophisticated playing by The Young Danish Quartet. The SACD/CD is magnificent in sound. Wonderful! Now, I wonder if Volume 2 is around...

(From Tsuen Wan)
In contrast, The Grieg String Quartets played by the Raphael Quartet (Regis) pale in comparison. More enticing was the elegant Carmina Quartet's rendition of the Debussy/Ravel (Brilliant Classics). The original Denon recording is magnificent. This is a 2-CD set, coupled to the same composers' even more enigmatic Piano Trios, in somewhat rigid performances by Trio Rouvier/Kantorow/Muller (originally Erato).

Speaking about Grieg, the classic coupling of Grieg/Schumann Piano Concertos were given dynamic readings by the always wonderful Leif Ove Andsnes with the BPO under Mariss Jansons (EMI). Sound is wonderful.

Grigory Solkolov's Chopin's Sonata No. 2 and the Op 25 Etudes (Opus 111) took a little getting used to but I was a great believer by the end of my second listening. Read the Gramophone review.
Posted by doctorjohn at 7:51 PM No comments: 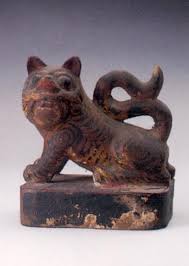 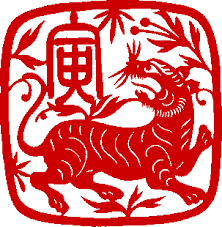