During the period my desktop was down, I did attend a few concerts but, for the first time since the inception of this Blog, failed to write about them in timely fashion. "Reviews" so much later are admittedly only for personal archival purposes, but here they are, with the most recent first:


No question about it: this iteration of the AYO was a lot better than last year's crop. The concertmaster was sensational and led strongly despite divided violins. The woodwinds were strong and blended well. The horns and brass played confidently and were much better than last year's struggling souls (which included conductor Judd in Mahler). Concert opened with a detailed and joyful Der Freischutz overture.

Steve Isserlis played fastidiously in the Dvorak Cello Concerto (he played this earlier this year with the HKPO, but I was not there), but his projection was on the small side of the scale. The symphonic orchestral part was delivered cogently by Judd. A tight partnership.

The woodwinds shone in the Sibelius Second (and they must for the symphony to sing), which received a well-shaped performance under Judd. Despite a degree of inevitable restraint, the performance must be counted a success.

Interestingly, the same AYO concert in Singapore was reviewed in this Blog.It seems to me the concert I attended was much better played, and I did enjoy it!

My only concert in NYC. I'd refer you to the dependable NY Times review. I was glad I finally caught up with this great orchestra. I had pretty much made acquaintance of all the great European orchestras (usually in Carnegie Hall) before the iron curtain came down, but had to wait till this year for the Staatskapelle. I have to say the wait was worthwhile.

Based on his recordings for DG, Thielemann has long divided critical opinion. I have followed him for a long time and think he is going from strength to strength. Many of his live video performances are wonderful. In the Bruckner Eighth, he showed strength and patience, and sense of overall structure. I hope to catch up with him soon.

This very very fine concert began with a fluent reading of Schubert's Smphony No. 5, not seldom heard but rarely enticing. This was expected of Ehwald, whose greatest strength is his fine sense of line and scale.

Fluency is a word that could be equally applied to the Mahler. But it was considerably more. Aided by the fine acoustics, this was simply the most refined and detailed Mahler Fourth I have heard. The playing, especially the wonderful woodwinds and percussion, could not be faulted.

For once, the soloist was PERFECT! Soprano Martina Ruping had complete command of her material, child-like and beautifully nuanced. What an ending!


Posted by doctorjohn at 6:13 AM No comments:

Time to Catch Up! 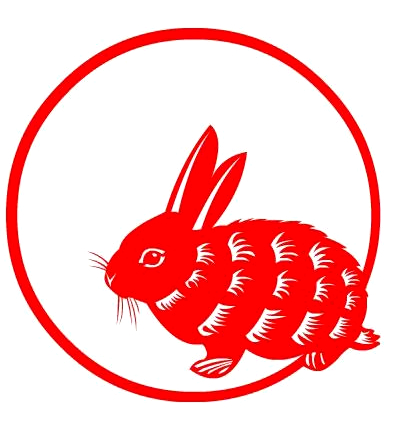 Time to Catch Up!

Dear friends, it has been a long while. Nine plus months of not posting is atypical of me, and some of you got to be wondering.

While it is true that I have been preoccupied by more urgent matters, there was another reason for the absence: my aged computer, with its lamented Windows XP, died on me in March, before leaving for the USA. Could not even turn it on. Until help arrive, I don't know whether it was just a power supply issue, or worse...I do hope the hard disc has survived as I have valuable photos and other material (like my entire iTunes library, and older writing) trapped inside.

Back from the US, I finally replaced it with a cheap i3-1TB Dell Inspiron. I opted for the Windows 7, but am still not quite used to it. It is a pain to set up everything again, but a real desktop is still infinitely preferable to the small notebooks and smartphones I had been using to check mail and get by (when I am in Shenzhen, I use only a Lenovo smartphone). I wonder how many people manage to write something meaningful using a touch pad. I can't - it is hard enough to make a call using a smartphone! The phone may be "smart", but I suspect a person addicted to using it usually is not!

I shall post capsular reviews of the concerts I had attended during this period of dis-connection, and update the Concert Calender in due time.

Mid-Autumn is celebrated by the Chinese with an important Festival (second only to the New Year). Hence the old rabbit, still much lovelier than all the vulgarity that pass for art during this period.

Greetings to you all. 中秋節快樂！
Posted by doctorjohn at 4:48 AM No comments: