It was only when I arrived in CH that I found out Isabelle Faust had a family emergency and had flown back to Germany in the morning. A bummer, as I had wanted to hear Lutoslawski's Partita, which along with the Mozart violin concerto no. 4 were ditched. This was curious, as in the morning I had listened to Isabelle Faust's nice interview on RTHK! Did I miss an announcement?

The program was re-invented. Haydn's overture L'isola disabitata opened the program. It was immediately apparent conductor Nicholas McGegan is a real stylist, who got drama aplenty out of the much reduced orchestra. Andrew Simon stepped in last minute and delivered on the bassett clarinet a nice rendition of Mozart's clarinet concerto. As in Haydn, the conducting of McGegan was stylish, brimming with verve, yet mindful of the work's lyricism.

I was surprised to see the orchestra expanded to nearly full string compliment for the 2 Haydn symphonies. This showed McGegan is no dogmatist. The sound gained some body yet remained transparent and stylish under the masetro. Symphony No. 59 Fire and No. 85 La Reine were both impeccably delivered. There were breath and drama in the alternating slow and fast moments and in the execution of hairpin dynamics. Subtle too were plenty of contrasts between the various dance movements. A sense of wistfulness sneaks in once in a while to round out the spectra that is Haydn.

What a master in this repertorie! I gave him a standing applause. The program cited the Cleveland Plain Dealer's description of McGegan: "a welcome Energizer Bunny, bringing rhythmic zest to all things baroque." Very apt; he literally rolled out onto the stage and looked the part. How lovely!
Posted by doctorjohn at 11:20 PM No comments:

After the excellent concert the week before, I was looking forward to this second concert of Lu Jia with a Spanish theme. Alas, my expectations were not fulfilled.

The opener, Falla's La vida breve: interlude and dance, was nicely turned and atmospheric. Chabrier's Espana followed, and it's great to have a chance to hear it live. The performance was excellent, showcasing the orchestra; only a little bit of cautiousness on the part of the orchestra prevented this from being a romp with complete abandon, which is the way it should be. So far so good.

Falla's Nights in the Gardens of Spain was a major disappointment. The pianist Javier Perianes turned out to be just another of those over-promoted new artists (based on recordings) of dubious substance. His playing was pallid and small-scaled, with a monochromatic tone. Where are all those tonal colors touted in CD reviews? The orchestra did not seem responsive to him either, producing a tidy but dispassionate performance. I did not really want an encore, and the little bit of Debussy we got was just as pale as what went before. Duh!

Debussy's Images: Iberia never recovered from astonishingly discordant wind playing in the first section. The clarinets fared the best and Andrew Simon seemed to be trying hard to whip the section into shape. Even the ensuing Ravel Bolero could not re-infuse what was drained out of the audience.
Posted by doctorjohn at 9:32 PM No comments: Thanks to a post by RC in the always informative usenet newsgroup 3music.classical, I learned about this book and its availability from the library.

Although it's well researched, it is quite an easy read that is immeasurably enlivened by many anecdotes from the start to the finish. I shall not detail what the book is all about, instead directing you to:

2. Amazon site (where one of the customer reviews is by the NTUA piano staff Rolf-Peter Wille)

3. If you want to preview, the ENTIRE book is available on the net (Google Books). Make sure you at least look at the photos, among which my favorite is one on page 10, showing 劉詩昆, 顧聖嬰 and 殷承忠.

Instead of writing about the book, I shall just randomly cite some passages/anecdotes I found particularly enticing:

So, 2 great books available from the library! No long queues line for these and no need to hurt your eyes reading Google Books.
Posted by doctorjohn at 8:38 PM No comments:

This is a the first of a pair of HKPO concerts of mostly French music conducted by Lu Jia 吕嘉, who is one of my favorite guest conductors and director now of the Macao Orchestra.

Debussy's Prelude a L'Apres-midi d'un faun received a lush, but not particularly languid treatment. The orchestra played well, though I was a little surprised that there were momentary lapses in the winds here and there in passages that don't "seem" particularly difficult.

I was surpised by the performance of young violinist Zhu Dan朱丹 in Saint Saens' violin concerto no. 3. Playing on a loaned 1763 Testore violin, Zhu's tone was firm and chiselled, if not particularly beautiful, and he had generally good intonation. Only in occasional transitional passages, like some that go up-and-down the sclaes, did he sound tentative, but aren't these "little" things precisely what plague even many a more famous violinists?

The most amazing thing about Zhu was his sure hand, which arose not from just technique or determination, but from a thorough grasp of the musical structure. In openings and key moments he was not averse to sacrificing some tonal beauty for a sure attack. His accents were well placed and together with his strong but fluid phrasing served only to propell the music forward. The orchestral accompaniment was well-nigh perfect, the winds here achieving marvellous dialogue with the soloist, playing that was even better than in the opener. This was, for once, a concerto that breathed as a whole. Zhu Dan played a Schubert Erlkonig transcription for an encore. It was just too coarse for me, and Zhu broke a string and had to borrow the violin of guest concertmaster Wang Bing. As a whole, Zhu is one of the most musical Chinese violinist I have heard in a great while.

Although Stravinsky was Russian to his core, Paris/France certainly nurtured him and his music. Petroushka was premiered in Paris by Diaghilev's Ballets Russes. Here it was given a most vivid performance by Lu Jia who, evidently enjoying himself, was to say the least as graceful as any dancer on the podium. The performance was thoughtfully mindful of the dance, yet held together firmly. One episode just merged seamlessly into the next. The orchestra responded by playing with great relaxation and flair. The result was far from the generic, white, metronomic and brutal Stravinsky we often encounter, instead program music with great character and color. The piece had never sounded more Russian to me than in this live performance. Sad to say, the program notes did not do a commensurate job of illuminating the complicated proceedings.

For those who missed the live broadcast, the repeat shall be on 20 June (Saturday) TVB Pearl (and RTHK4) 2:20 pm
Posted by doctorjohn at 9:31 PM No comments:

Excellent:
It's never been clear to me why many excellent conductors, from Ansermet to von Matacic, are not so well known today. Compared to the many over-praised conductors around today, all of them are giants. One such person is Rudolf Kempe, who died an early death in 1975. I just heard his RPO Scheherazade, which blew me out of my seat, and in my other Blog I wrote a little note on some of my favorite Kempe recordings. I never heard people mentioning this recording, but it certainly is one of the best around in both performance and sound. Please refer to the link for more info.

Bjarte Engeset deserves more recognition as conductor. He also writes the best notes on Grieg that I have read. e.g. he points out the pentatonic opening of Morning Mood. No wonder I always feel the opening to sound like Butterfly Lovers (the reverse actually). His Grieg recordings for Naxos are uniformly superb. I just picked up hid Peer Gynt suites with the Malmo SO. The interpretation made me sit up straight all the way. His conducting is symphonic, maintaining all instrumental lines with a frim hand and fastidiously weighted dynamics. What a refreshing change from smoothly generic performances of this much-loved masterpiece! The orchestral songs are first-rate, and the soprano is sensationally expressive in Solveig's Song and Solveig's Cradle Song. Recording is demonstration grade. Don't forget the equally excellent companion Norwegian Dances with the RSNO, a CD I had highly recommended before. These Naxos CDs are now among my favorite Grieg recordings, fully on par with Barbirolli!

On to some lesser known choral works. Berio's Sinfonia has always been one of my favorite modern pieces. The performance on this DG issue is marvelous, helped immensely by a super recording (even TAS praised it). I actually think this CD is highly suitable for audiohphiles. It has everything, 8 voices and non-ending succession of unusual sounds, suitable even for those who don't listen to classical music.

The excellence of the chamber choir Accentus, under thier female leader Laurence Equilbey, surpised me. They made the Schonberg a capella pieces actually more beautiful than austere! The Naive recording is of course excellent.

Good:
Mercury's bargain Kubelik/CSO set is worthwhile for fans of this conductor. The early 1950's MONO sound is excellent, though there is a little overload occasionally. The Dvorak 9th and Ma Vlast, 2 of Kubelik's staples, are highly characterful and compare well with his stereo remakes. Both Kubelik and the CSO's performances are also more lively in those days than later. A fine issue.
Posted by doctorjohn at 11:15 PM No comments: 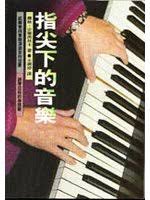 Most tourist would only visit these two traditional architectures in the day, which is a pity as the site is simply magical after sunset. You can stand anywhere in the huge park, breathe in the evening air (considerably fresher than HK), luxuriate in the stillness or gaze at the skyline faraway (even the awful Taipei 101 looks better in the evening). It'd be hard not to feel a little envy.

The interior is another matter. Some of it reflects the polyglot influence, but others are just simply gaudy. Mo matter, it's still much more of an oasis than our own venues.

If you love music, you should try to attend one of the events here. The Concert Hall is famed for its acoustics. You can hear a pin drop onstage. This doesn't mean it's perfect; my composer friend said musicians have to learn to damp their sound a little here or else there'd be a runaway feeling. And it'd be better to sit further from the stage or upstairs in case of a full orchestra. Admire the organ here while you're there.

Interesting Interview with Artistic Director
Posted by doctorjohn at 7:50 PM No comments: