Recommendation: Classical
CDs from the Library

New Issues
Since I already have more CDs than I can consume in more than a life time, I don't buy many new CDs, but every year I buy the newest set of EMI Lugano. Martha Argerich plays some of the pieces but mostly the performances are from her motivated friends, and what a trove of treasury! This year's offerings are among the strongest ever.

Lola Bobesco is much under-rated and neglected. Grab this Bach concerti LP or CD (Talent) while you can. Sound and playing all first-class.

Along with his violin works, the Brandenburg Concertos are are my favorite Bach works. This version with Orchestra Mozart (DG) is not perfect but still very good. I have never quite taken to Abbado before, but his work now with Lucerne and Orchestra Mozart are wonderful. Available in CD or DVD.

Piano Recordings
This being Chopin's Centennial, the library is flooded by various Chopin recordings. Some of the most classy ones are by the under-rated Bella Davidovich, now re-issued by Brilliant Classics. No "spontaneous" or "impulsive" pulling and pushing for no reason, but well structured and everything sound inevitable. Great Chopin.

Not to be forgotten is the immaculate Orfeo recording of some of Beethoven's variations by Bruno Leonardo Gelber, a pianist whom I have always admired.

BBC Legend is highly reliable as a source of historic live performances. Two Gilels issues are of course wonderful. Gilels' Beethoven recordings rank among the greatest ever made. This live account of the Waldstein attains lofty heights. The other lesser known pieces are gems too. The 1984 Scarlatti and Debussy are even in marvelous sound.

Orchestral
I have not heard a better recorded or played version of Shostakovich's Fifth Symphony than Haitink's (Decca). The instruments are virtually 3 dimensional. Recorded by Colin Morfoot. Now available mid-priced coupled with the 9th.
Ashkenazy is a warm Sibelian, and this earlier account of Finlandia with the PO (later version with BSO) is a strong performance worthy of putting along side Barbirolli. Perfectly recorded by Kenneth Wilkinson. Now available only in budget 2CD sets.

Wonderful Prokofiev playing from the Russian duo. Krainev has previously appeared in HK under the auspices of the Chopin Society. What a marvelous musician! As usual, the Teldec recording is clear as day. Now available only in budget 2fers (Apex).

I actually prefer Shchedrin's arrangement of Carmen suite to Bizet's own. The Rozdhestventsky version is now on Melodiya, ugly cover and somewhat brittle sound, both inferior to the original LP! But the performance of the Bloshoi is wonderful and the coupling is a gem! 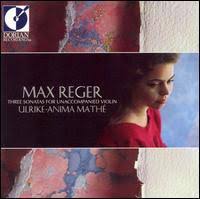 More Violin and Chamber
For me, the Smetana trio is the perfect ensemble for a difficult genre. Their perfect balance is at turns intimate and symphonic. A version of the great Tchaikovsky that offers more than any other version (Supraphon).

The Reger is is THE find of the year. I have heard some of these solo Reger violin works (Dorian) before, but none captured my heart like this one. Thanks to the HK library! I wish there are more recordings by this young violinist.
Posted by doctorjohn at 7:01 PM No comments:

After hearing Zhang's recital in SZ some months ago, I was eagerly waiting for this concert. The young female conductor (maestra) Carolyn Kuan, was unfamiliar to me, and she proved a sensation. Kuan, a native of Taiwan, went to the US when she was 14, studied and excelled at various things before becoming a conductor, after being a protege of Marin Alsop. Make sure you read the links I provide below; what an interesting character!

The hushed atmosphere of the opening of Tchaikovsky's Romeo and Juliet immediately grabbed my attention. Kuan conducted from memory; her simple gestures were matter-of-fact, but precise and effective. Despite occasional moments of orchestral unsteadiness, the piece unfolded naturally and revealed all its glory all the way to the very end. Perhaps the violent aspect of the score impressed more than the love music, which was not at all milked. As it is harder to make a meal of a concert overture than to impress with a full symphony, Kuan's performance was remarkable in its complete grasp of the architecture and proper release of sentiment while avoiding excess. Yet she imparted atmosphere to this piece, which has eluded many a conductor in concert or on records, no mean feat. I'd love to hear her in the even more enigmatic Francesca da Rimimi.

Kuan also conducted Mussorgsky's Pictures at an Exhibition from memory, and it was a fine performance. The orchestra sounded relaxed and having fun. Not all of the many solo's were quite memorable, but the whole was organic and satisfying. I enjoyed the many details Kuan revealed along the way but a little more mystery when appropriate and grandeur at the end would not have been wanting. The audience apparently loved her and gave her and the orchestra extended applause. Yes, I yelled my "Bravo!"

In between came what most of the audience came for (indeed many left after the first half), Prokofiev's Piano Concerto No. 2 with Zhang Haochen. I had admired Zhang since I last heard him in a Shenzhen recital (my report here), and on this night he did not disappoint. His steadfast playing was well controlled, his tone smooth and clear, and he rose to the big moments. Personally, I'd have welcomed a little more rhythmic inflection and percussive quality when called for in this masterpiece. For me, Zhang's smooth playing let Carolyn Kuan stole the show with her fastidious and rhythmically alert accompaniment. Zhang's encores were a little too smooth for my tastes.

What an exciting and accomplished conductor! I'd think someone like her would be ideal for a HKPO directorship. I hope she comes back soon.

Broadcast
The June 10th concert was broadcast live on RTHK. It shall be repeated on Wednesday, June 15th, at 2 pm.